For information on why we use the term “genocide” in this section please refer to the introduction to harm page
The Doctrine of Discovery, also known as The Doctrine of Christian Discovery, is the worldview that a certain group of people: specifically European Christian nations, based on their religious identity, had moral sanction and the support of international law to invade and colonize the lands of non-Christian Peoples, to dominate them, take their possessions and resources, to enslave and kill them and commit genocide.

The Doctrine of Discovery was fundamental in establishing every British colony:
specifically, the United States, Canada, Australia, and New Zealand.
It carries the force of international law and serves as a framework of oppression.

It is fully intact in US federal Indian law today.

“A principle [part] of the law of christendom that discovery gave title to assume sovereignty over governance of the unconverted.” Judge John Catrina (Italy, 1786-1865)
“He has excited domestic insurrections amongst us, and has endeavoured to bring on the inhabitants of our frontiers, the merciless Indian Savages, whose known rule of warfare, is an undistinguished destruction of all ages, sexes and conditions.” The US Declaration of Independence signed July 4, 1776
Johnson v. McIntosh, 21 U.S. 543, 574, still relied upon and cited by courts around the world, the U.S. Supreme Court held that the rights of Indigenous Peoples were “diminished…by the original fundamental principle that discovery gave title to those who made [the discovery].”
Tee-Hit-Ton Indians v. United States, 348 U.S. 272, 281: “No case in this Court has ever held that taking of Indian title or use by Congress required compensation. … Generous provision has been willingly made to allow tribes to recover for wrongs as a matter of grace, not because of legal liability.”

What is found in the Doctrine of Discovery?
✦Criteria for “legally” claiming land.
✦Coercion, oppression and subjugation of whole nations and communities.
✦Governing by appointed agents of western countries.
✦Incorporation of a diminished and impermanent status into secular laws.
✦Double standards among international conventions.

THE PAPAL BULLS
When Columbus arrived at Turtle Island in 1492, he wrote in his journal that the native people were strong, well built, and extremely generous. He also wrote that with his weapons and 50 men, he could subdue the entire population.
In 1493, Pope Alexander VI established Christian dominion over the New World. He issued a Papal Bull called “Inter Caetera,” words that instructed Europeans to “civilize” every “savage” they encountered. The result of that proclamation was genocide of over 100,000,000 indigenous people in just a few hundred years.
Unfortunately, this Papal Bull is still on the books. The Church has yet to revoke this decree and acknowledge the damage done in its name.
Read the Inter Caetera here:

While obviously the Papal Bulls were Catholic in origin, they were a convenient tool for all European/Christian nations and the US right up until today. However another foundational justification from Protestant affiliated countries was the Divine Right of Kings. The divine right of kings is a political and religious doctrine of political legitimacy in a monarchy. Accordingly, only a Christian king or queen had a right to land ownership through “discovery” by Christian nations. That meant any lands outside of Europe were available to claim whether in Africa, Asia, Australia, or the Americas. In England the doctrine of the divine right of kings was developed to its most extreme logical conclusions during the political controversies of the 17th century; its most famous exponent was Sir Robert Filmer. It was the main issue to be decided by the English Civil War, the Royalists holding that “all Christian kings, princes and governors” derive their authority direct from God.

In order to permit European countries to seize lands inhabited by indigenous peoples the Docrine of Discovery was declared by European monarchies in order to legitimize the colonization of lands outside of Europe. In 1792, U.S. Secretary of State Thomas Jefferson claimed that this European Doctrine of Discovery was international law which would also apply equally to dealings the infant U.S. government would have with non-Christian lands.

CHRONOLOGY OF THE PAPAL BULLS
*13TH CENTURY CRUSADES ERA – King Alfonso X incorporates the Las siete partidas (seven division of laws) into Castilian law, one division explicitly referring to the granting of political and territorial jurisdiction to a monarch by “papal donation.”

Romanus Pontifax January 8, 1454 issued by Pope Nicolas V to King Alfonso V of Portugal.: extended to the Catholic nations of Europe dominion over discovered lands during the Age of Discovery. Along with sanctifying the seizure of non-Christian lands, it encouraged the enslavement of native, non-Christian peoples in Africa and the New World.

Inter Caetera May 4, 1493: is issued by Pope Alexander VI to King Ferdinand and Queen Isabella of Spain. one Christian nation did not have the right to establish dominion over lands previously dominated by another Christian nation, thus establishing the Law of Christendom that would become the Law of Nations.

*SEPTEMBER 26, 1493 – The papal bull Dudum Siquidem is issued by Pope Alexander VI. Confirms the bull Inter Caetera, and revokes (revocamus) all earlier papal grants to Portugal which might give her a claim to westward lands.
*NOVEMBER 1493 – Indigenous resistance to Inter Caetera begins. The indigenous peoples on the island of Quisqueya (“Hispaniola”) valiantly resist the Spanish intrusion. The cacike (chieftain) Caonabo leads a retaliatory military campaign against the thirty-nine Christians left behind by Columbus at La Navidad after atrocities committed by them. All thirty-nine are found dead upon Columbus’ return. Later, indigenous Caribbean peoples publically reject the “papal donation” stating the pope had no right to give what was not his to give.
*JUNE 7, 1494 – Spain and Portugal sign Treaty of Tordesillas based on the bull Inter Caetera. The Treaty divides the world in half between the two nations, and is the foundation for subsequent treaties and custom relating to the Americas.
*JUNE 2, 1537 – Pope Paul III issued the Papal Bull Sublimis Deus, which supposedly “freed the Indians,” and is regarded as “the most important papal pronouncement on the human condition of the Indians” (Gutirrez, “Las Casas,” 1993). However, as history unequivocally shows, Sublimis Deus is purely a theoretical act since there would be no need for an accounting of those declared to be “extinct,” nor for the tens of millions who had been eliminated by the end of the 16th century.
*JUNE 19, 1538 – Pope Paul III revoked Sublimis Deus at the urging of Spanish Emperor Charles V. However, there is controversy as to whether the Pope actually revoked Sublimis Deus or the brief Pastorale Officium of May 29, 1537. Revoked or not, it should be made clear that Sublimis Deus did not revoke Inter Caetera (Boyle, 1998, 1999).
*1542 – The “New Laws” that had prohibited Indian slavery and banned the encomienda (slavery system) were revoked. 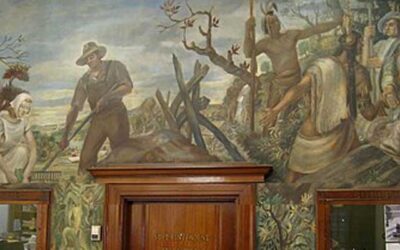 Dismantling the Doctrine of Discovery

The Doctrine of Discovery was used as legal and moral justification for colonial dispossession of sovereign Indigenous Nations. During the European “Age of Discovery”, Christian explorers “claimed” lands for their monarchs who felt they could exploit the land, regardless of the original inhabitants.

END_OF_DOCUMENT_TOKEN_TO_BE_REPLACED 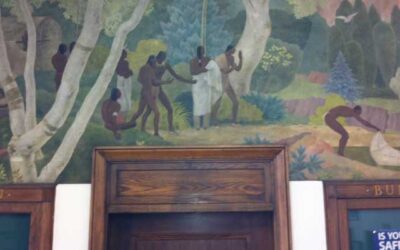 Continuing Effects of the Doctrine of Discovery

Many of the injustices facing Native People flow from the Doctrine of Discovery and its legal and cultural successors, including the colonization and settlement of native lands, government policies that encouraged violence and forced assimilation, and the abrogation of sovereignty through broken treaties and court decisions.

END_OF_DOCUMENT_TOKEN_TO_BE_REPLACED 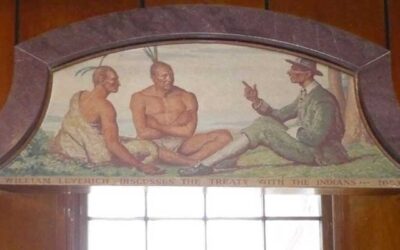 The Doctrine of Discovery: The International Law of Colonialism