The most efficient ways to effectuate racial and culture genocide is through the women and children. This is clear and apparent in the Indian Boarding school policies and the issue of Missing and Murdered Indigenous Women.

“The Indian is DEAD in you. Let all that is Indian within you die!…you cannot become truly American citizens, industrious, intelligent, cultured, civilized until the INDIAN within you is DEAD.” Reverend J. A. Lippincott at one Carlisle commencement/

From 1879 until the 1970s, more than 100,000 American Indian children were forced to attend boarding schools. Children were forcibly removed or kidnapped from their homes and taken to the schools. Families risked imprisonment if they stood in the way or attempted to take their children back.

The United Nations 1948 Convention on the Prevention and Punishment of the Crime of Genocide:

During the next 20+ years (from 1948 — 1968) , the US government systematically violated this Article by arbitrarily removing Native children from their families as part of a comprehensive strategy of abolishing reservation boundaries and absorbing indigenous peoples into white communities.

It’s important to realize that some of this behavior is still going on today such as the issue with Missing and Murdered Indigenous Women and Girls. Of note here is the fact that before contact with Europeans, most if not all Indigenous tribes and communities were matriarchal and violence against women didn’t exist. The fact is that it was such a foreign concept that there were not even any words in the Wampanoag language for rape or incest. 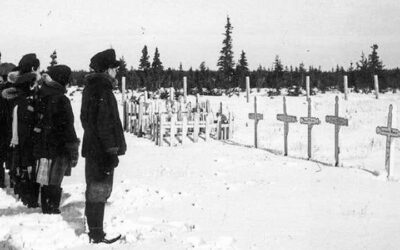 Since the Indian Civilization Fund Act of March 3, 1819, the federal Indian boarding school policy has been a collaboration of Christian churches, particularly Quaker (Society of Friends), and the federal government. The act was, in effect, an effort to stamp out America’s original cultural identity, i.e. racial and cultural genocide, and replace it with one that Europeans had continued to import to the continent. The law tasked Christian missions and the federal government to carry out these...

END_OF_DOCUMENT_TOKEN_TO_BE_REPLACED 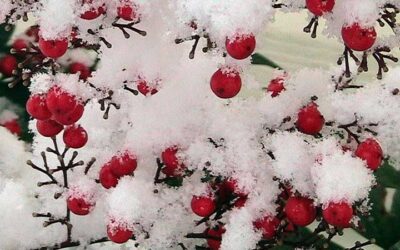 Statistic on missing and murdered Indigenous Women are incredibly difficult to develop. The Urban Indian Health Institute statistic say that while 5,712 cases were reported of missing American Indian and Alaska Native women and girls, though the US Department of Justice’s federal missing persons database in 2016 (which is likely an undercount) only 116 of them were logged in the nationwide information clearinghouse (NamUS) DOJ database. (click here for a PDF of thier report) The Center for...

END_OF_DOCUMENT_TOKEN_TO_BE_REPLACED

“I have taken much Pains to purge all the Indian out of him, but after all a little of it will sometimes appear.”
(Rev. Eleazar Wheelock, Congregational ministerand founder of Dartmouth College)

Linguistic genocide and cultural genocide include the nineteenth- and twentieth-century efforts of the United States government to forcibly assimilate Native peoples into “American” society by discouraging or criminalizing Native culture, language, and religion. Also, the role of sexual violence so prevent right up to today seen in the missing and murdered Indigenous women is a form of genocide.

When the United Nations (UN) began work on the 1948 International Convention for the Prevention and Punishment of the Crime of Genocide, linguistic genocide was a central aspect of cultural genocide. It was discussed along with physical genocide as a serious crime against humanity. The ad hoc committee that prepared the Convention specified the following types of acts as examples of cultural genocide in Article III:

Any deliberate act committed with intent to destroy the language, religion or culture of a national, racial or religious group on grounds of national or racial origin or religious belief, such as (1) Prohibiting the use of the language of the group in daily intercourse or in schools, or the printing and circulation of publications in the language of the group; and (2) Destroying or preventing the use of libraries, museums, schools, historical monuments, places of worship or other cultural institutions and objects of the group.

When the Convention was finally approved in the UN General Assembly , sixteen member nations voted against covering linguistic and cultural genocide. Among those who “opposed the prohibition of cultural genocide” were Denmark, the United States, and Great Britain.

Not only was linguistic genocide perpetrated in the Boarding schools, but emphasis on the assimilation of immigrants into the United States led to “English only” laws. These laws began to be drafted from the end of the nineteenth century, such as the 1873 Minnesota law requiring that only English be spoken in the classroom up to today..